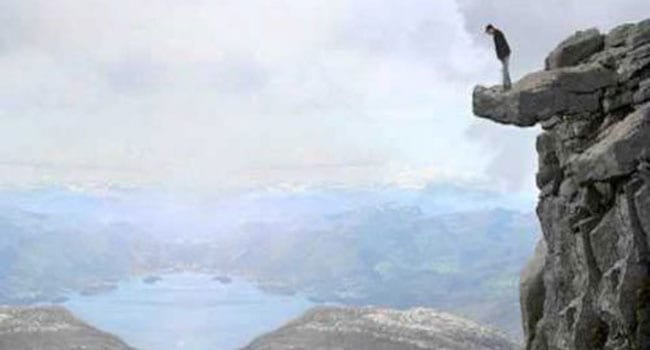 I’m currently sitting at the Minneapolis-St. Paul Airport waiting for my flight to San Francisco, so I figured I’d take this time to drink a mimosa and share this blog post that I wrote on the flight from Tampa.

It’s all about my adventures on “Clearance Lines”. Enjoy!

There I was, whisked away in an unmarked van with whatever I could carry (no possessions to speak of at that point) headed to Los Angeles to go onto “Int Clearance Lines”. Clearances were done at the “HGB”, sort of a high-rise in downtown LA on Hollywood Boulevard. The only things I’d see of LA while I was on clearances were this building and my “berthing”, a crappy room that I shared in an even more crappy blue building, that everyone called “Big Blue”.

I was there to do two things for as long as it took: First, I’d be interrogated, or as they call it “security checked”, to make sure I was “clean” enough to go up to int management. The other thing I’d be doing was sleeping and eating enough to be “sessionable”, i.e. I had to get about 8 hours of interrogation a day, so I needed to be well-rested and well-fed. So I slept 8 hours a night. That was the last time I’d be doing that for about 14 years.

On my first day I met my “Clearances” auditor, a lovely woman named “Betty” (not her real name, as she actually was pretty nice to me). She explained that the first thing we’d be doing before anything else was to get my full “life history”.

What does a life history entail, you ask? Ahhhh, so much fun. I had to reveal every single part of my life, everyone I knew (names, addresses, and phone numbers), all my financial information, everywhere I studied, if I had anyone in my life who was a member of the FBI or CIA (LOL), any and all drugs I had taken, when and how many, and any alcohol I had ever drunk. Oh, and every person I had slept with, what I’d done with them, and how many times. Not creepy at all, right?

How was I supposed to know the names of everyone I’d slept with? I was a fairly independent young woman in the free-wheeling 80s in San Francisco, so there were a lot of “don’t remember name” and “one night” entries on that section.

The life history is the thing scientology can use against you if you leave the sea org. Only sea org members fill these out, not “regular” scientologists. Information on life histories is used to track you down when you escape, as they know the names and addresses of all the people in your life. Plus, the information will be plastered all over the internet if you get super annoying to scientology. I’m waiting…

After filling out my life history, I started my “sec check”. There were a LOT of questions about my past, my intentions, and whether or not I was there to infiltrate scientology. I didn’t think much of it at the time, but I can see now how creepy that was.

I wasn’t the only one doing this, by the way. There were about 10 of us, all recruited by the “int writers mission”, preparing to move up to the int base. I made friends with all of them, but particularly a guy named Tom who was pretty amusing, and a girl named Mabel who was lots of fun. Mabel is out of scientology now, and we’re facebook friends, but I don’t know about Tom. He was still there when I left, but he wasn’t writing as far as I knew.

Oh, and there was one more interesting part about being on int clearance lines: I got to work with the “lrh biographer”, dan sherman, who was putting together a new “ron mag”.

Just a bit of background on the biography: dan’s been working on it for decades. There is NO WAY it will ever come out, because there’s no way he sugar-coat and try to brush off the craziness of hubbard’s past.

What he was doing instead was releasing different “ron mags”, sort of like mini-biographies, covering a specific aspect of hubbard’s life. It’s all based on lies, of course. There’s “ron the photographer”, “ron the humanitarian”, “ron the master mariner”, and so much more crap.

Anyway, I was helping him write one of these, and he was pretty pompous. After all, he was the “LRH BIOGRAPHER”. Just my type of person—NOT.

He said I had some talent, but that I needed a lot of work. At the time we all thought he was The Man, so I sort of “Wayne’s Worlded” him: (We’re not worthy, we’re not worthy!)

I wrote when I wasn’t in my interrogations, and that was really the most fun I had while I was going through this craziness.

In the middle of my auditing, I had to go into a “different” kind of interview. This time it was with my auditor’s boss, the “case supervisor”, Art. He was the one who reviewed every session, read everything my auditor wrote down, and determined what would be done in the next session.

“Anne, I’m afraid you need to go back and add more to your life history,” he said. “We’re spending too much time on your 2D history (remember, 2D is “second dynamic”, or basically sex). So spend as much time as you need to, but we need you to remember everything you possibly can about everyone you might have had a sexual encounter with, no matter how brief. That will save us time later.”

Well, that was a bit embarrassing. Apparently, I’d had such a busy sex life that I needed to go back and write it all down again. I really hadn’t slept with that many people, honestly, but whatever. I spent an entire day dredging all this up and writing it down. Such fun.

Then back into my interrogation. I completed it in about a month, then they compiled the “CSW” which is short for “completed staff work”. That means basically a full package of information that goes up to the approval lines (like, four different people) to determine if you’re fit for the int base.

Once they compiled the CSW—which took days—they sent it up and it went through the first three approvals pretty quickly. Then when it came to the final approval, it wasn’t so great. It came back saying that based on my history, I’d have to have a “2D FPRD” before they could resubmit the CSW.

What is FPRD? Well I’ll tell you. It’s called the False Purpose Rundown, and it’s supposed to get rid of the “evil purposes” that cause you to do bad things. Apparently having so much sex in my 20s was a really bad thing. Again, whatever. See how they manipulate you into believing what they want you to believe?

I did my FPRD and found all kinds of “evil purposes” to explain why I liked having sex. In the middle of it all, I apparently said something that got everyone all excited. I didn’t know what it was at the time, but I was summarily rushed onto a “CCRD” or “Clear Certainty Rundown”. This is done when a person may have achieved the State of Clear—you know, a big deal in scientology.

I had no idea what was going on, but I went along with it. I went into this interview and was asked a whole bunch of questions to clarify the statement I’d made, and as a result, I apparently was considered to be “Clear”, meaning free of my reactive mind.

“Wow! Clear? How about that! Now I’ll have no more illness, no more irrational reactions to things, and I’ll basically be superhuman!”

Yeah, well, that’s what they taught me, anyway. Not so much.

I attested to having achieved “The State of Clear” and it was a BIG deal. Party, flowers, and all that stuff.

I certainly appreciated the attention, as well as the fact that I could complete a major step on “The Bridge to Total Freedom”. I was now one of the “special” scientologists who were “Clear”. Whoo hoo.

That lasted all of a day, then I was back on my FPRD. No time to revel in my amazing achievement, man. I had to get DONE and get up to the int base! The planet depended on it!

Within a week, I was done with the FPRD and my CSW went back up. This time it was approved, and I was on my way.

Oh, the excitement! I would be leaving the next day to head up to what we considered a sort of Valhalla: The Int Base!

I’ll write more about that in the next post, particularly my first impressions of everything. Hint: It wasn’t as perfect as I thought it would be.

I'm a survivor, a redhead writer, and a lover of life. View all posts by Anne Hill

No Shame. No Blame.

This blog isn’t about blaming
anyone for my situation. It’s also not about absolving anyone.
It’s simply my story, from my
viewpoint. I’m writing it to help
myself heal. I’m also writing it to help others come to terms with trauma recovery and to know that there is hope.